No. 18 Memphis Defeats No. 19 Cincinnati to Set Up Rematch in AAC Championship 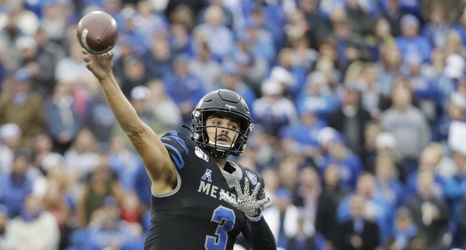 The 18th-ranked Memphis Tigers inched one step closer to a New Year's Six bowl game with a 34-24 victory over the 19th-ranked Cincinnati Bearcats on Friday.

Chris Claybrooks got the Tigers off to a fast start by opening the game with a 94-yard kickoff return for a touchdown. Quarterback Brady White led the offense with 233 yards and two touchdowns.

Ben Bryant threw for 229 yards, one touchdown and two interceptions for the Bearcats in his first career start. He was filling in for an injured Desmond Ridder (shoulder), who started the first 11 games.