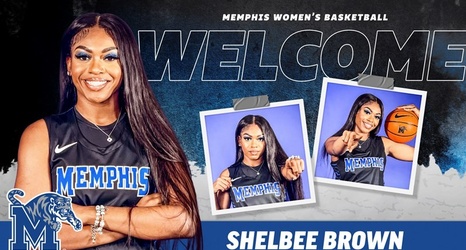 "Shelbee was a no brainer as she brings toughness, athleticism and a desire to represent her city," said Merriweather. "Her ability to knock down shots, get to the rim, as well as defend made her a must-have going into next season."

Brown, a local Memphian, comes back home to the 901 after two seasons with Northwest Florida State College where she helped lead her team to a 2020-21 NJCAA National Championship.