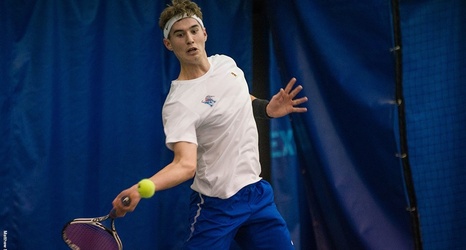 MEMPHIS, Tenn. – Memphis men's tennis is back in action, traveling to SEC opponent Arkansas for a match on Saturday. First serve against the Razorbacks is set for 1 p.m.

Arkansas is the second of three SEC opponents for the Tigers in a four-game stretch. Most recently, Memphis faced Vanderbilt and Harvard last weekend, dropping both matches in Nashville, Tenn.

The Tigers do, however, get to look forward to some home matches after starting the spring with nine consecutive matches away from Memphis. Arkansas marks the eighth of such games. Memphis will close out the spring with eight of their last 10 in the city of Memphis.