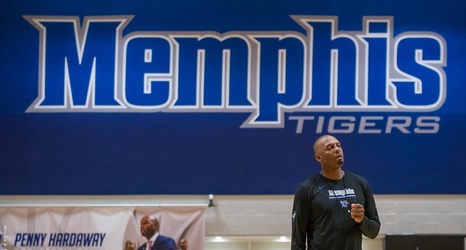 MEMPHIS, Tenn. -- The nation's top-ranked recruiting class is creating some national respect for the University of Memphis men's basketball team.

The Tigers were listed No. 14 in the Associated Press Preseason Top 25 Poll released Monday, their first preseason ranking since opening the 2013 season at No. 11. It is the team's first AP ranking since March 2014.

Michigan State, Kentucky, Kansas, Duke and Louisville are ranked 1 through 5. Oregon, a Tigers' opponent Nov. 12 in Portland in the Phil Knight Invitational, is ranked 15th.

Other preseason rankings to date have the Tigers in the top 15, too.