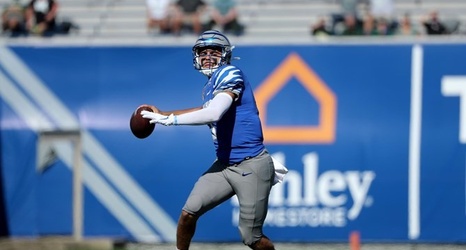 MEMPHIS — Memphis senior quarterback Brady White has been named the American Athletic Conference Offensive Player of the Week after leading the Tigers to a 34-33 comeback victory over USF last Saturday at Liberty Bowl Memorial Stadium.

White completed 30 of his 50 passes for 437 yards and four touchdowns as Memphis rallied from a 33-20 deficit in the final four minutes and improved to 4-2 overall and 3-2 in the AAC. The Tigers have now won 24 games with White as their starting quarterback, surpassing Lloyd Patterson (1975-78) for the most in school history.