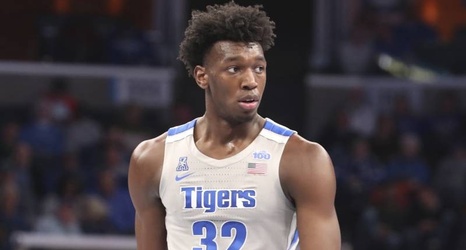 The NCAA upheld its 12-game suspension of Memphis freshman James Wiseman on Wednesday, meaning he will be eligible to return Jan. 12, per Shams Charania of The Athletic and Stadium.

The University of Memphis had appealed the NCAA's decision to suspend Wiseman due to the fact that current Memphis head coach Penny Hardaway gave Wiseman's mother, Donzaleigh Artis, money to aid in their relocation to Memphis, Tennessee, before Hardaway became the head coach at Memphis.

In addition to the suspension, Wiseman was also ordered to donate $11,500 to charity since it was the amount of money Hardaway gave his mother.