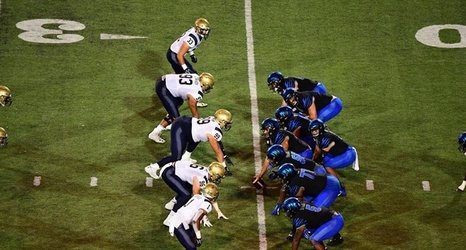 MEMPHIS — The American Athletic Conference has announced Memphis at Navy has been rescheduled for Saturday, Nov. 28, at Navy-Marine Corps Memorial Stadium.

Memphis' game at Tulane scheduled for Nov. 28 has been moved to Dec. 5, and the Tigers' matchup with Houston at the Liberty Bowl will now be played Dec. 12, a week later than most recently scheduled.

The Tigers' trip to Navy was originally scheduled for Nov. 14 and was postponed due to positive COVID-19 cases within the Navy program.