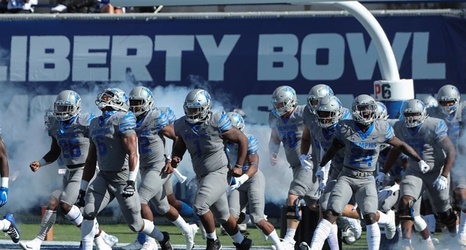 MEMPHIS — The 2021 Memphis football schedule is complete after the American Athletic Conference announced game dates Thursday. Memphis will host seven of its 12 regular-season opponents at Liberty Bowl Memorial Stadium, where the Tigers have won a program-record 15 consecutive games.

"The 2021 schedule presents a tremendous opportunity for this program to continue its upward trajectory," said Memphis head coach Ryan Silverfield. "We have four challenging non-conference tests followed by eight games in what we believe is one of the most competitive conferences in the country. We are very excited to have seven of those games at the Liberty Bowl.