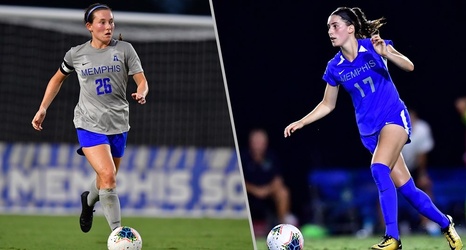 MEMPHIS, Tenn. – After one of the best seasons in program history, a pair of Memphis women's soccer student-athletes were voted to the United Soccer Coaches All-America Team, the organization announced Thursday night.