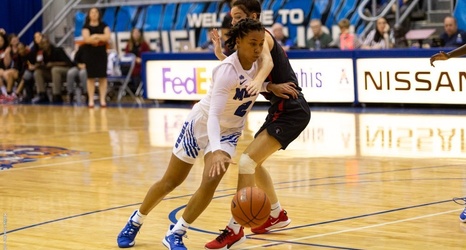 MEMPHIS, Tenn. – After a record-breaking performance and two wins on the week, women's basketball's Madison Griggs was named the American Athletic Conference's Freshman of the Week, the league announced Monday afternoon.

In the midweek game at SIU, Griggs chipped in four points, four rebounds and three assists to go along with a pair of blocks and a pair of steals. She helped hold the Salukis scoreless for a stretch of 9:16 in the first half, leading the Tigers to a 21-point halftime lead.