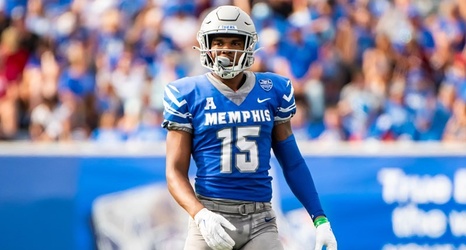 MEMPHIS, Tenn. – University of Memphis defensive back Quindell Johnson was named to the 2022 Chuck Bednarik Award Preseason Watchlist on Monday.

The Chuck Bednarik Award has been presented to the College Player of the Year since 1994 and is named in honor of Chuck "Concrete Charlie" Bednarik who was a former All American at the University of Pennsylvania and an All-Pro linebacker and center for the Philadelphia Eagles. Bednarik was the last player to be a two-way player on a full-time basis in the National Football League and is a member of both the College and Pro Football Hall of Fame.