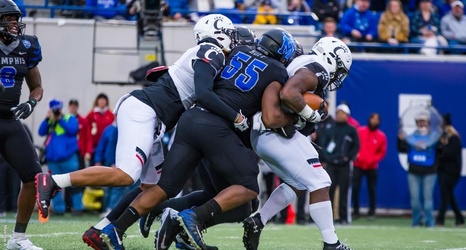 Huff and Claybrooks mark the eighth and ninth time, respectively, that a Memphis player has earned the league's Player of the Week honor, marking an all-time high for the Tigers. The previous record for Memphis in a single season was eight during the 2014 and the 2015 seasons.