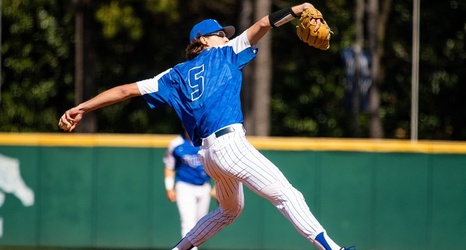 MEMPHIS, Tenn. – Behind the best starting pitching performance of the season, a 13-strikeout, eight-inning outing from LHP Dalton Fowler (ND), the Memphis Tigers (12-11, 0-2) were four defensive outs away from snapping a five-game losing streak before the Tulane Green Wave (18-9-1, 2-0) got a game-tying two-out eighth inning home run from LF Simon Baumgardt and then scored three times in the ninth to win the middle game of the weekend set 5-2 over the Tigers. Fowler allowed two runs on four hits and walked three in the no-decision.