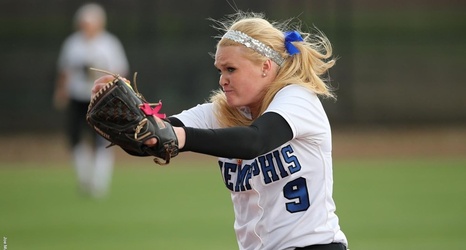 MELBOURNE, AUSTRALIA – Former University of Memphis pitcher Ellen Roberts has been named one of 20 finalists for the Australian National Team set to compete at the 2020 Tokyo Olympics. Roberts competed for the Tigers from 2011-14 and set many of the school records that still stand today.

Roberts is second in the Memphis record books with 41 wins and 133 appearances. She still holds the career record with 103 starts for the Blue and Gray and 64 complete games. Her 659.1 innings pitched is nearly 80 innings more than any other pitcher in program history, and her strikeout record of 488 was just passed by Molly Smith in 2018.