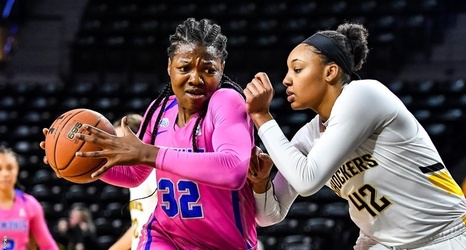 WICHITA, Kan. – The University of Memphis women's basketball team used a strong second half to propel itself to a 69-60 conference road victory at Wichita State Wednesday evening. The Tigers improve to 13-11 on the year and 4-7 in American Athletic Conference play with the victory against the Shockers.

Junior forward Dulcy Fankam Mendjiadeu posted her 10th double-double of the season with a team-high 19 points and 12 rebounds. Memphis had four players in double figures against Wichita State.

Wichita State hit the first basked of the contest, but Memphis responded with a 5-0 run including the first three-pointer of the game by Aerial Wilson.