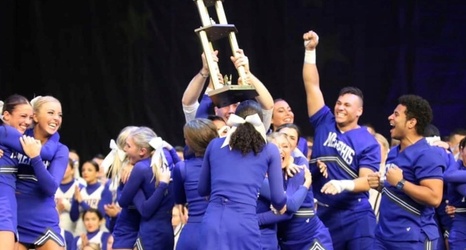 ORLANDO, Fla. – For the second-straight year and third time in four years, the University of Memphis coed cheer squad captured the UCA Small Coed Division I title at the 2020 College Cheerleading and Dance Team National Championships in Orlando this past weekend.

Coached by Tony Crump and working under spirit squad coordinator Carol Lloyd-Cross, this is the fourth national championship for the coed cheer squad. The team won its first title in 2013 before claiming victory in 2017, 2019 and 2020.

The Tigers defeated 17 other teams in the division, including Purdue, Hofstra, Bowling Green and Delaware.