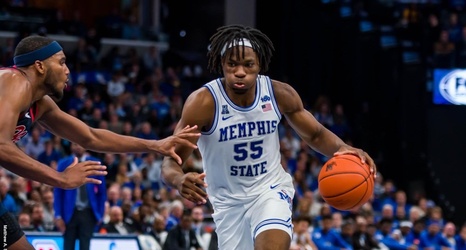 PROVIDENCE, R.I. – On the strength of posting double-doubles in back-to-back games, University of Memphis freshman forward was named the American Athletic Conference Player of the Week Monday.

Achiuwa, a 6-foot-9 forward from Queens, N.Y., averaged 20.5 points and 11.5 rebounds in victories at FedExForum last week over Little Rock and Ole Miss. In the two games, Achiuwa made 16 of 29 shots. His contributions were significant in the absence of 7-foot-1 center , who is not eligible to play, per an NCAA ruling, until mid-January.

In the UofM's 68-58 win Wednesday over Little Rock, Achiuwa tallied 16 points with 12 rebounds and two steals in 30 minutes.