Should the Grizzlies start load managing? 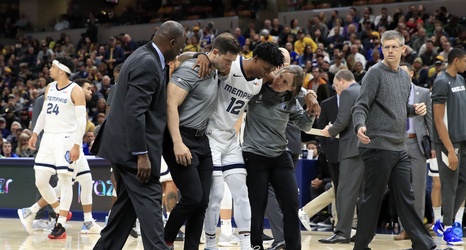 Ever since the San Antonio Spurs popularized the strategy in the late-2000’s to early-2010’s, resting healthy players has been a controversial topic that has sparked no lack of heated debate. Surely, once the allure of the All-Star break wears off and the playoffs begin to inch closer and closer, there will be endless conversations surrounding it by all in the mainstream sports media.

Still, the success of that Spurs squad shows that, no matter how controversial the strategy is, it’s effective. Which begs the question, is it time for the Memphis Grizzlies to start resting their stars?

This whole discussion is sparked by the recent injury scares of Jaren Jackson Jr.