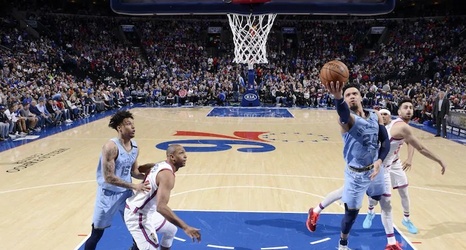 The Memphis Grizzlies fell to the Philadelphia 76ers 119-107 inside Wells Fargo Center on Friday night, where the Sixers hold the NBA’s best home record at 23-2.

The Grizzlies found themselves down by one point (26-25) after a back-and-forth first quarter despite being outshot 52.6 percent to 38.5 percent in the opening period. Memphis capitalized on eight early turnovers by Philadelphia as they outscored the Sixers 11-2 in fast break points in the first. The game would turn quickly late in the second quarter as Philadelphia used a 13-5 to stretch their lead to 13 points with (0:41) remaining in the half.