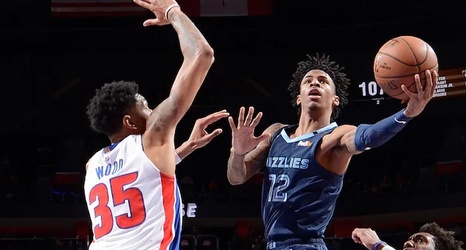 Memphis started the night off strong on the offensive end as they shot 56.5 percent from the floor in the opening quarter while limiting Detroit to just 33.3 percent shooting. The Grizzlies went on a 14-0 run late in the first quarter with a three-pointer from Solomon Hill stretching the lead to 35-20 with 0:37 to play in the period.