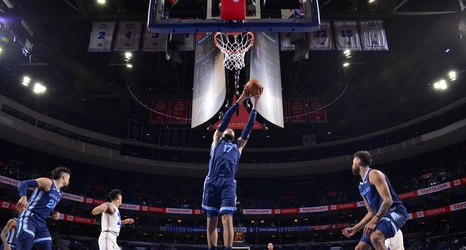 The Memphis Grizzlies used an offensive explosion to earn a 116-100 win over the Philadelphia 76ers on Sunday.

Dillon Brooks led the way with 17 points and five rebounds and Brandon Clarke and Grayson Allen each had 15. Jonas Valanciunas recorded his 10th consecutive double-double with 16 points and 12 rebounds to mark his longest single-season streak ever. Desmond Bane and De’Anthony Melton added 14 points each and Ja Morant had eight points and 10 assists.