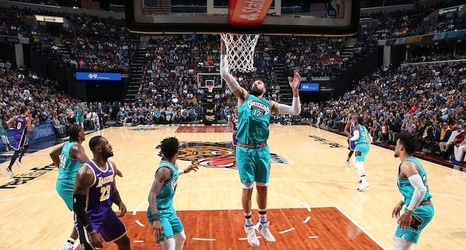 In a nail biter finish, the Memphis Grizzlies fell to the Los Angeles Lakers 109-108 inside FedExForum on Saturday night in front of a sellout crowd.

On a night where the Grizzlies connected on their first eight three-pointers of the game and led by as many as 15 points, Memphis was unable to overcome a late fourth-quarter run by Los Angeles as they fell one-point short against the Lakers.

The Grizzlies used their hot shooting in the first quarter to take command on the game early on. The Grizzlies ended the first period on a 14-4 run as they would take a 35-25 lead heading into the second.