Postgame Report: Grizzlies cruise past Hawks 128-106 in their return to FedExForum 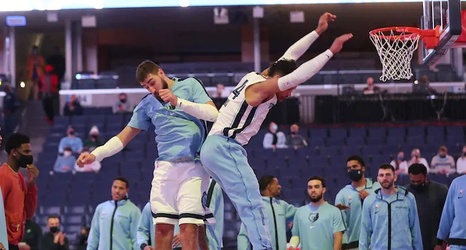 The Memphis Grizzlies defeated the Atlanta Hawks 128-106 on Thursday night to move to 3-0 in preseason play. Tonight was the Grizzlies’ first game inside FedExForum since March 10, marking 282 days since their last game in FedExForum.

The Grizzlies got off to a hot start on the offensive end, led by nine early points from their point guard, Ja Morant. Both teams shot at-least 50.0 percent from the field in the opening frame, but it was the Hawks that took a 34-32 lead into the second quarter. The Grizzlies stretched their lead to as many as eight points in the second period following a 3-pointer from De’Anthony Melton with (3:05) to play before halftime.