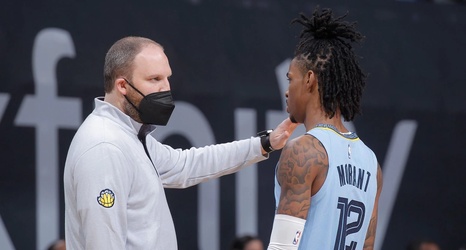 MEMPHIS – The mission for Taylor Jenkins in his first year as Grizzlies coach was to establish the habits of a winning basketball culture.

Entering his second season a year ago, Jenkins’s mantra was to fortify the foundation.

Now, coming off a season in which the Grizzlies posted a winning record (38-34) and made the playoffs for the first time in four years, Jenkins is already focused on forward progress.

“People are going to say this was a good season, but this was a great season for the Memphis Grizzlies,” Jenkins said of an offseason of improvements.