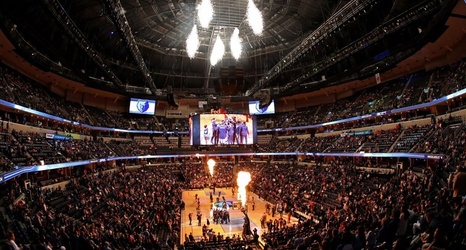 The Memphis Grizzlies today announced that the team has acquired forward Jordan Bell from the Houston Rockets for forward Bruno Caboclo. In addition, Memphis secured a 2023 second round pick swap with Houston.

Bell (6-8, 216) holds career averages of 3.7 points, 3.1 rebounds and 1.3 assists in 12.1 minutes in 152 games (16 starts) over three seasons with the Golden State Warriors and Minnesota Timberwolves, winning the 2017-18 NBA Championship as a member of the Warriors. The 25-year-old has appeared in 27 games as a reserve for the Timberwolves this season and has averaged 3.