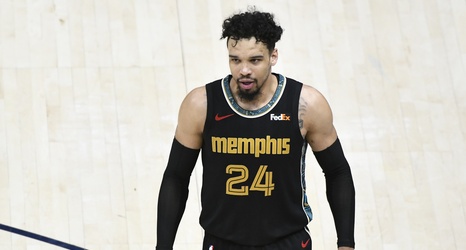 For Memphis Grizzlies fans, a yearly tradition has officially kicked off. Unfortunately, this isn’t the type of tradition that you’ll be jumping out of your seat for. Instead, Grizzlies fans have an annual routine of having to complain about Dillon Brooks’ rating in NBA 2K.

The Grizzly wing is one of the league’s love-or-hate players, with most fans leaning toward the hate side. He’s the type of guy who is great to have on your team and extremely annoying to play against. For Grizzlies fans, he’s the heart and soul of a grit-and-grind Memphis organization.