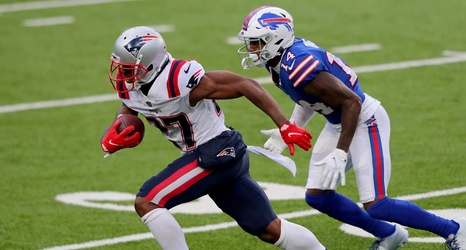 Jackson’s performance against the Buffalo Bills Sunday secured him the NFL lead in interceptions with four picks.

The third-year man was mostly tasked with matching up against fellow former Terp Stefon Diggs. Jackson finished the game with five total tackles, three of which were solo, a pass deflection and the interception, which he returned for 25 yards.

His takeaway came from a pass from quarterback Josh Allen that was intended for Diggs.

With his fourth interception of the season, Jackson is now one shy from tying his career-high of five from 2019.