Terps in the NFL: JC Jackson shines amid Patriots loss 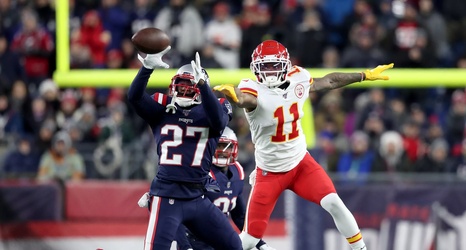 JC Jackson made his presence felt once again for the Patriots defense, even as they lost their second game in a row and fell to 10-3.

The Patriots lost 23-16 to the Chiefs Sunday, but Jackson put up a stellar line with one interception, two tackles and a pass deflected.

Although they lost, the Patriots put up a strong performance against the Chiefs explosive offense, led by 2018 NFL MVP Patrick Mahomes.

Jackson was graded as the best defensive player for the Patriots against the Chiefs, earning a grade of 90.2, according to Patriots beat reporter Evan Lazar.