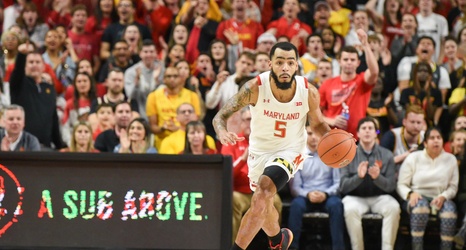 It took another double-digit comeback, No. 9 Maryland men’s basketball picked up another victory against then-No. 20 Illinois Friday night.

After the 75-66 defeat of the Fighting Illini, the Terps have now rattled off six straight wins — their longest streak since winning the first 10 games of the season. And they’ll have a chance to make it seven in a row at home on Tuesday against one of the worst teams in the Big Ten.

Maryland will play host to Nebraska, which currently sits in 13th place in the conference with a 2-10 record in league play and a 7-16 mark overall.