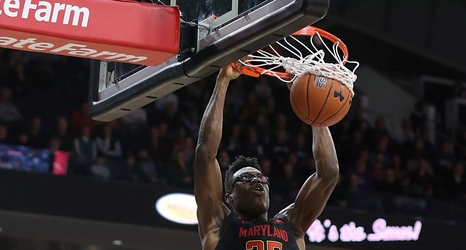 With two minutes to play against Northwestern, Anthony Cowan Jr. drove to the left side of the three-point line and threw a pass behind him. Waiting was Jalen Smith, who had broken his season- and career-highs in scoring on the previous two possessions.

The sophomore big caught the ball on the right wing of the arc and fired a deep three with no Wildcat defender in his vicinity. Smith held his shot and watched the ball go through the net, giving the Terps a nine-point lead, their biggest of the night.

Smith finished with a new career-high 25 points — 21 of which came in the second half — fueling a 15-point comeback in the No.