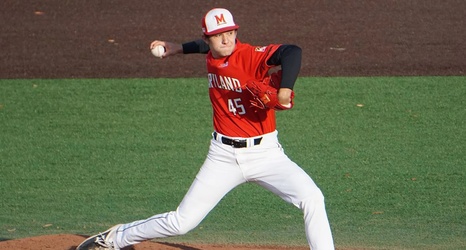 Maryland baseball freshman Pitcher Jason Savacool was named Big Ten Freshman of the Week for the second time this season on Wednesday.

Savacool pitched a complete game Sunday, allowing just five hits and one earned run, and no walks. He leads the Terps with a 3-0 record on the mound and a total of 23.2 innings pitched, including two complete games.

The right-handed powerhouse became the first freshman since 2015 to throw multiple complete games during their first season in a “power” conference. Savacool also becomes the only freshman out of eleven pitchers nationally to pitch two complete games this season.