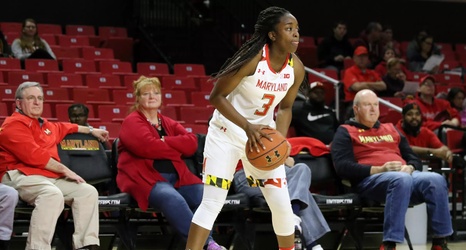 No. 9 Maryland women’s basketball point guard Channise Lewis will likely miss the rest of the 2019-20 season due to a torn lateral meniscus in her left knee, according to a team spokesman.

Lewis suffered the injury during a scrimmage on Oct. 29 and underwent surgery on Nov. 12. It was announced at the time that she was expected to miss a couple of months. Four weeks after the surgery, the team has concluded it is unlikely the junior guard will be able to suit up for the Terps this season.