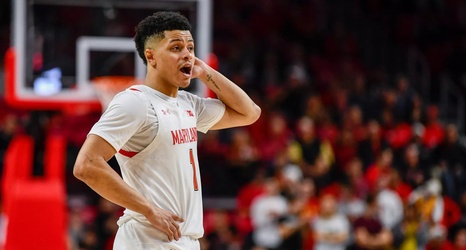 Anthony Cowan Jr. was one of 46 players named to the Oscar Robertson Trophy Watch List on Thursday, another product of the impressive campaign that the senior guard has put together for No. 3 Maryland men's basketball.

Being named to the U.S. Basketball Writers Association short list for the men’s national player of the year is a big honor, but Cowan is no stranger to accolades this season. After Maryland’s win over Marquette at the Orlando Invitational, he took home tournament MVP honors. He was also named NCAA Player of the Week, as well as Big Ten Co-Player of the Week.