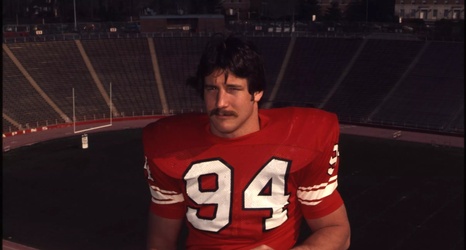 Recruited from Thomas McKean High School in Wilmington, Delaware, White was originally brought onto the Terps as a fullback, but was switched to defensive line after a quiet freshman season. The switch proved to be beneficial for White, as he went on to break school records and garner national attention.

In 1974, White set the Maryland record in tackles for loss in a single season with 122 — a record not broken to this day.