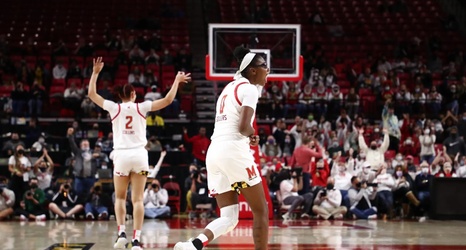 The No. 3 Terps are coming off big wins over Mount St. Mary’s and UNC Wilmington as well as a statement win over No. 6 Baylor in which they defeated the Bears, 79-76. Both Owusu and Sellers played a huge role in the victory over Baylor.