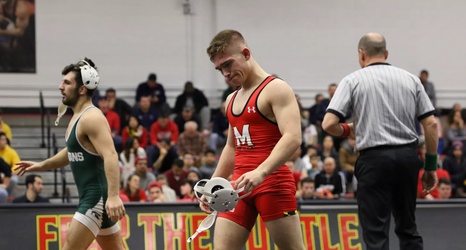 Entering the 157-pound bout, Maryland wrestling was without a single point, trailing Rutgers 18-0.

But Jahi Jones defeated Michael Van Brill in a tight match to finally get the Terps on the board. Jones dominated the first period after securing a takedown on Brill and continued to add to his riding time through the second. Ahead 4-2 towards the end of the third, Jones was able to secure a last second takedown to win 6-2.

Maryland built off the victory with 165-pounder Kyle Cochran up next. It was scoreless through the first two periods, but the third allowed Cochran to escape and receive a takedown to go up 3-0.