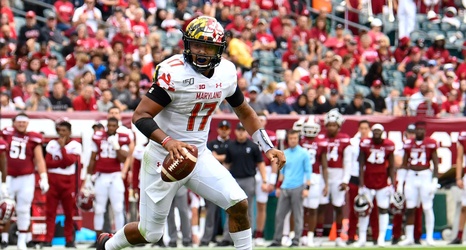 Josh Jackson suffered a low hit late in the second quarter, going down to the ground for several minutes before being helped off the field by trainers, barely able to put any weight on his right leg.

He was on crutches with his shoe off as the team walked off the field into the locker room at halftime. A team spokesperson said it was ankle-related, but nothing else has been revealed yet.

It had seemed like Jackson was finally starting to get back into his rhythm for Maryland as he went 9-16 with 179 total yards and two touchdowns.