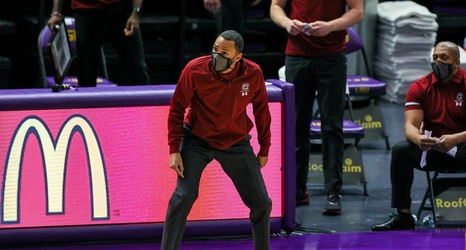 Shingler earned a communications degree from and played basketball at St. Augustine’s College from 2001-05.

Although Shingler is making the move from Columbia, South Carolina, the coach has deep roots in Maryland.

After his playing career, Shingler first worked as an administrative assistant under Frank Martin, the current South Carolina head coach, at Kansas State for one season before heading to Maryland.

Before he made the transition to college coaching, Shingler moved to Maryland where he coached the Bladensburg High School boys basketball team.