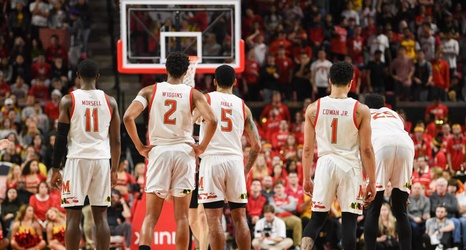 After moving up in the poll for three consecutive weeks, Maryland men’s basketball doesn’t budge in this week’s AP Top 25.

The Terps, who are on a six-game winning streak, remain at No. 9 in the Week 15 poll released Monday.

Mark Turgeon’s squad had a big week, defeating Rutgers, 56-51, at home before picking up arguably its best win of the season at then-No. 20 Illinois, 75-66. But with no teams ranked above it losing, Maryland stays put.

And for the second consecutive week, the Terps are the highest ranked team in the Big Ten conference.