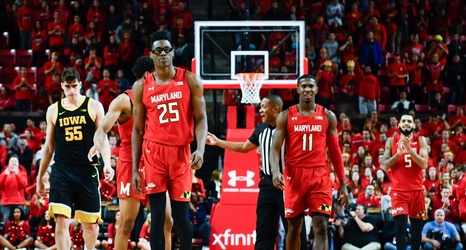 Maryland men’s basketball continues to ascend the ranks of the AP Top 25, with the team officially back in the top-10 for the first time since Dec. 16, 2019.

The Terps check in at No. 9 in the Week 14 poll released Monday, a six-spot rise from a week ago.

For the first time since the beginning of January, Mark Turgeon’s team played just one game in the last calendar week. But Maryland took care of business, getting revenge on Iowa in a signature 82-72 victory on Thursday night.