Maryland basketball rises to No. 21 in AP Poll 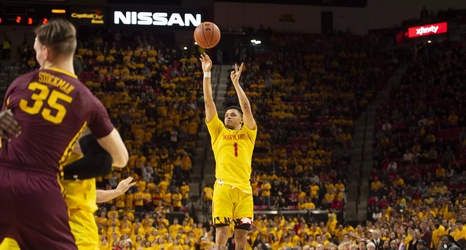 After closing its regular season with a win over Minnesota on senior night, Maryland basketball moved up three spots to No. 21 in the AP poll released Monday.

The Terps received 319 points, up from 207 when they were ranked 24th last week. They finished the regular season with a 22-9 record overall and went 13-7 against a daunting Big Ten schedule. Maryland placed fifth in the league and played the top four teams a combined seven times, going 2-5. In addition to the media ranking, the Terps are 18th in KenPom and 27th in the NET rankings.