How to watch No. 17 Maryland men’s basketball vs Northwestern 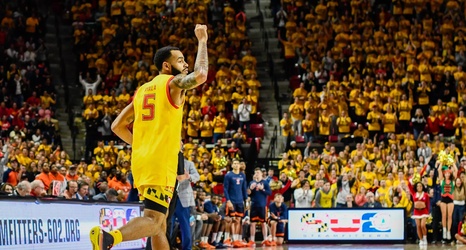 Coming off a much-needed win against Purdue, No. 17 Maryland men’s basketball will look to improve to 15-4 as it faces off against Northwestern Tuesday night.

After back-to-back road losses, the Terps returned to form on Saturday and beat the Boilermakers 57-50. The win was a breath of fresh air for the team, who had suffered a season-worst performance at Iowa and a last-second defeat against Wisconsin.

The game saw a standout performance from sophomore forward Jalen Smith, who led Maryland in scoring and rebounding with 18 points and 10 boards. Freshman forward Donta Scott also turned in an impressive 13-point performance, which marked a career-high.