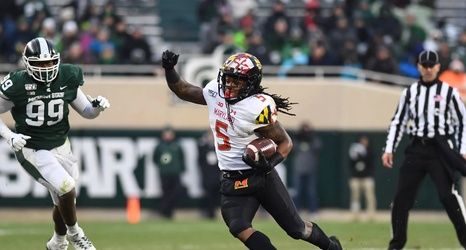 Last Saturday, Maryland football was able to hang with a Michigan State team that was fighting for bowl-eligibility, but was unable to play spoiler on the road.

The Terps fell 19-16 in East Lansing due to early turnovers, despite a strong effort from their defense throughout the contest.

Here is a closer look at the good and bad in Maryland’s final game of the season.

Ever since the Terps hung around with Indiana on Oct. 19, the team has struggled mightily against top teams, with one of the constants being poor starts.

Against the Spartans, Maryland continued this trend as quarterback Josh Jackson threw an interception on the team’s first drive of the game — the third time he’s done so this season.