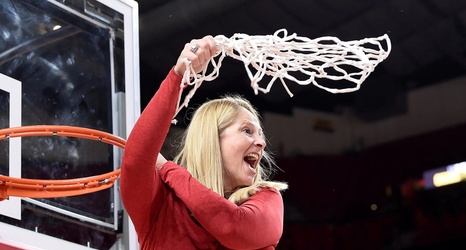 Maryland women’s basketball head coach Brenda Frese has signed a new contract that extends her through the 2026-27 season, the university announced on Tuesday.

The six-year deal will extend automatically through the 2027-28 season if Frese is still the coach on May 2, 2023, per a team spokesperson. The head coach’s previous contract ran until June 2021 and this new six-year contract became effective earlier this month.

“Coach Frese has shown consistent excellence on and off the court throughout her 19 years here at Maryland,” Evans said, per release. “Coach Frese’s teams have shown unprecedented success in the Big Ten and have sustained success among the nation’s best.