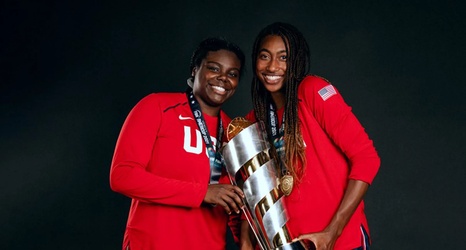 In a nation loaded with basketball talent from coast to coast, USA Basketball had countless options to choose from as it formed its roster heading to Puerto Rico in June. Whoever would round out the team would be tasked with winning the nation’s fourth gold medal at the 2021 FIBA Women’s AmeriCup.

Twenty athletes accepted invitations to the initial team trials in April, and only 12 remained when the roster was announced on June 6. Maryland women’s basketball would have two of its star players in the chase for gold: junior guards Ashley Owusu and Diamond Miller. Along with South Carolina and North Carolina State, Maryland was one of three schools to have two players represent its school on the nation’s roster.