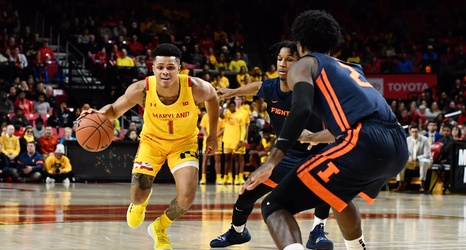 With No. 3 Maryland men’s basketball trailing Illinois 58-55 with 20.6 seconds remaining against Illinois, Anthony Cowan Jr. planted his feet in the corner and launched a three-point attempt.

The senior made the shot to tie the game at 58 and ran back down on defense, where he was fouled while picking up a crucial steal. Cowan was sent to the free throw line and made one shot, which was all that was needed to push off the Terps’ upset scare in a 59-58 victory.