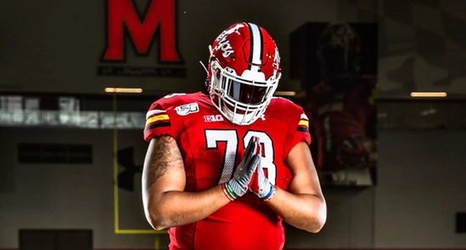 Maryland football officially added another big body to its roster as three-star offensive tackle Amelio Moran signed with the Terps on Wednesday.

Moran, the No. 22 junior college offensive tackle and No. 163 overall junior college prospect in 2020, originally committed to Maryland on Jan. 27. He received offers from Indiana, Texas Tech and West Virginia, but ultimately chose the Terps over East Carolina after narrowing his list to two schools.

He spent his two junior college seasons at Lackawanna Community College after originally signing with James Madison in 2018. Multiple coaches from James Madison are on the staff at East Carolina, giving the Pirates a familiarity factor in Moran’s recruitment.