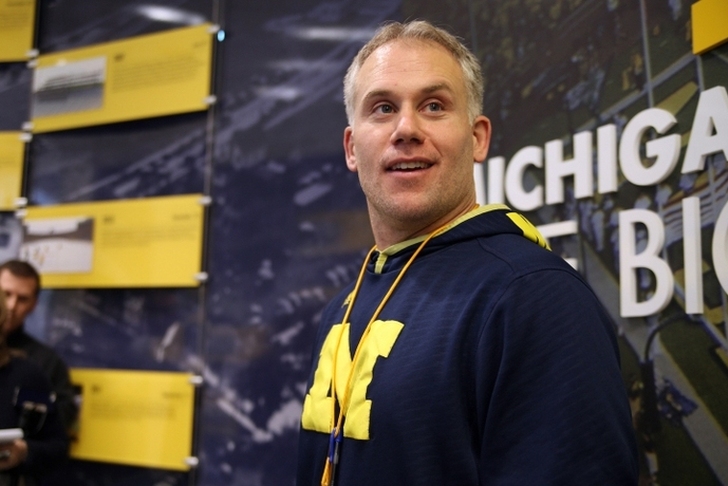 The Maryland Terrapins are expected to hire Michigan defensive coordinator D.J. Durkin as their head football coach, according to ESPN's Joe Schad.

D.J. Durkin expected to be named next Maryland coach per source

D.J. Durkin was attractive to Maryland because of his fire and passion, recruiting prowess and lineage w Urban Meyer and Jim Harbaugh

Durkin, 37, was Florida's defensive coordinator from 2013-14 under Will Muschamp, and led the Gators to a bowl victory as their interim head coach before joining Jim Harbaugh's staff in Ann Arbor. He had coached under Harbaugh previously as Stanford's special teams coordinator from 2007-2009 and was a graduate assistant at Bowling Green from 2001-2002 under Urban Meyer.

Durkin is known as one of the best recruiters in the country, being named 2012 Recruiter of the Year by Rivals.com, as well as being one of the game's best defensive minds. In his three years as defensive coordinator, Durkin's units have ranked in the top five in the country in total defense every season.

Maryland fired head coach Randy Edsall on Oct. 12 following a loss to Ohio State, the Terps' third straight loss by three touchdowns or more. Edsall posted a 22-34 record during his tenure, and was 0-12 against ranked oppenents - 10 of which were double-digit losses.

The Terrapins finished the season with a 3-9 record, including a 1-7 mark in Big Ten play.

Follow our Maryland Terrapins news page for all the latest Maryland football news!