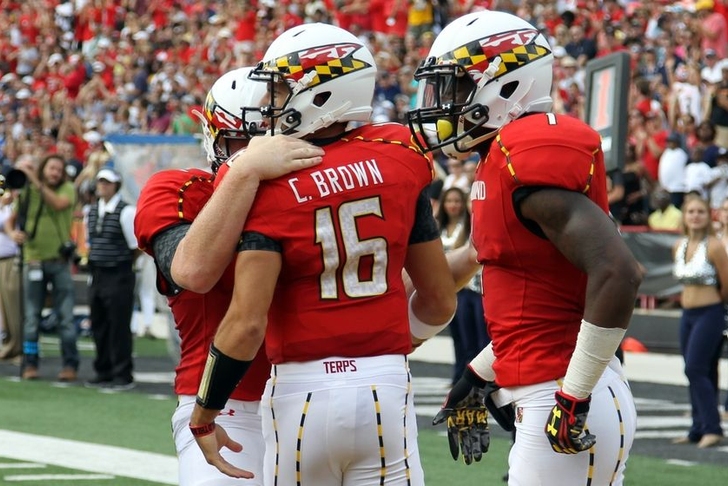 Maryland snuck into bowl eligibility with a 7-5 overall record and 4-4 Big Ten record. After appearing in the Military Bowl last year, the Terrapins are set to return to bowl season once again in 2014. Who could Maryland play in their bowl game this year?

At first glance playing Auburn really jumps out, and probably deceives you into thinking Maryland is in a better bowl game than they really are. It actually points to just how far the Tigers fell to end the season, finishing at just 4-4 in the SEC. They could end up representing the SEC in the TaxSlayer Bowl, where Maryland has a good chance of ending up. If Maryland ends up making the trip out to California for the Foster Farms Bowl, Stanford could be their opponent in what is basically a home game for the Cardinal. Stanford seems likely to be selected here, as they would be playing just minutes away from campus in nearby Santa Clara, where Levi's Stadium sits. UCLA, USC and Arizona State could be in this spot as well.

Maryland's former ACC opponent, the Eagles could end up in the Quick Lanes Bowl in Detroit, where Maryland has a chance to land as the Big Ten representative. There are so many moving parts here, as there are three or four teams from each conference that could end up playing each other in this game, including Pittsburgh and Virginia Tech from the ACC.