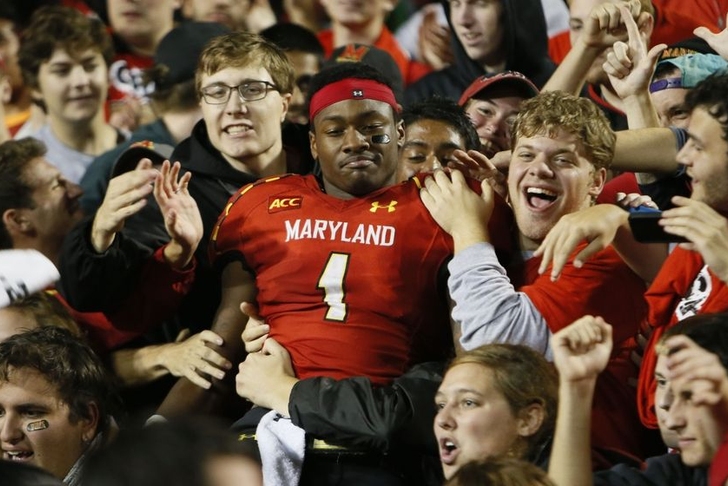 Maryland snuck into bowl eligibility with a 7-5 overall record and 4-4 Big Ten record. After appearing in the Military Bowl last year, the Terrapins are set to return to bowl season once again in 2014. Where will Maryland end up playing this year? The TaxSlayer Bowl has a number of options as the committee can select from either the ACC or the Big Ten. Maryland seems like a logical fit here though, as a number of Big Ten teams are ticketed for higher bowl games, but a number of ACC teams could be threats to the Terrapins here.

If Maryland doesn't get into the TaxSlayer Bowl, they may have any easier time getting selected to the Big Ten affiliated Foster Farms Bowl in California. While this represents about as far as the Terrapins could travel for a game this year, there should be enough of a crowd draw if only for the location in warm Northern California. Iowa may be ahead of Maryland here, but the Terps could have a shot if things break right.

Maryland once again would be competing with a number of Big Ten teams for this spot, but perhaps the Terps could gain an edge as a former ACC member (or maybe it hurts them, who knows). The crowd draw wouldn't be any worse than traveling across country or down to Florida.